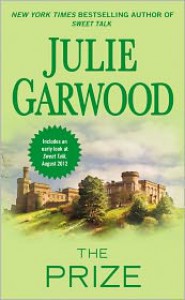 Medieval romances aren't high on my list of favorites but I gave this one a try since it has so many fans and has often been recommended. I didn't enjoy it nearly as much as I had hoped to. At times, it felt like I was reading a time travel where both hero and heroine had been transported to the past only they have no memory of it. The dialogue and inner thoughts seemed more suited to the 21st century rather than 1066. It was hard to believe they both always smelled nice and never died of their many wounds. In fact, it really bothered me that Nicholaa could suffer third degree burns and arrow wounds with little to no complaints but losing her virginity was so painful that she tried to pull away repeatedly. Either she was stoic or she wasn't. Same goes for her being brave and courageous in one scene but a weeping mess in the next. Also, the sentence structure was irritating. Such short sentences with many abrupt changes in POV. I found myself getting a bit confused as to who was thinking what.

I gave it two stars because if it had been set in modern time, I would have enjoyed the alpha hero and the slightly daft but humorous heroine a lot more.
Tweet
951 BOOKS